What to Know Before Offering a Fixed Term Employment Contract

What to Know Before Offering a Fixed Term Employment Contract 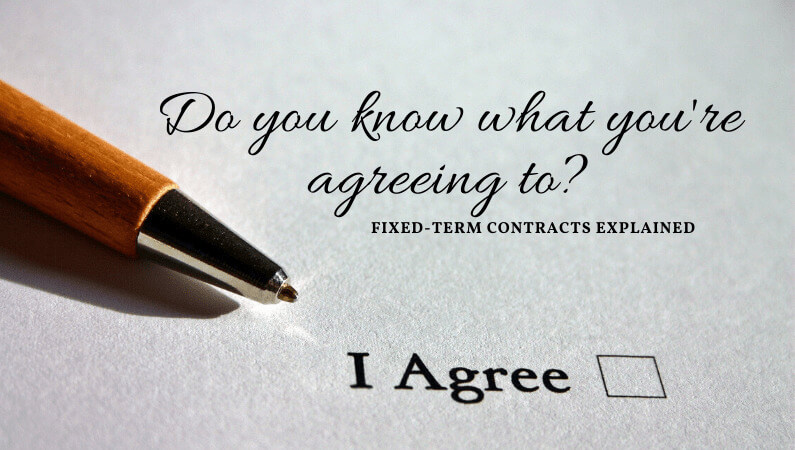 Fixed term employment contracts can be a great way for businesses to secure talented workers for a finite period of time. But be warned: The simple act of including an end-date in a contract may have unforeseen consequences.

In 2016, a major news station was accused of violating the 13th amendment (which abolished slavery!) with the fixed term contracts offered to its TV personalities. In response, the station contended that fixed term contracts benefit both employee and employer. They provide employees steady income and job security while giving management certainty about its future workforce, which enables better planning, investment, and training.

In the end, the courts ruled in favor of the news network. But to avoid any confusion between your employment contract and indentured servitude, read on to our complete guide to fixed term contracts.

What is a fixed term contract?

While other countries may have more restrictions, American labor laws do not limit the duration of a fixed term employment contract or the circumstances under which it can be offered.  Though is not regulated, these contracts typically last between one and three years.

What are some positions which require a fixed term contract?

Fixed term employment is ideal for temporary positions such as:

Project work – If a business is in need of a specific skill to complete a project but will no longer require a specialist when the project is complete.

Seasonal work – When a business requires more employees during a high season. This may be around the winter holidays for retail stores or summer holidays for hotels.

Maternity cover – If a permanent employee goes on maternity leave, a business may need a temporary team member to take over her duties.

In the US, if there is no written contract or if the term of the contract is not specified, it is considered to be “at-will.” This means that either employee or employer can sever the relationship at any time for any reason so long as it is not discriminatory.

To avoid complications down the line, employees on fixed term contracts should not be considered “at-will” workers. However, employers may include “early termination” clauses in fixed term employment contracts to the same effect. (We’ll get into that a little later.)

How is a fixed term contract different from permanent contract?

Permanent employees are hired to work on an ongoing basis in what is called indefinite term employment. A fixed term employment agreement meanwhile comes with an end date.

Fixed term contract employee benefits may be similar to those of a permanent employee, but a fixed term employee lacks the long term job security.

How is a fixed term contract different from a casual contract?

Fixed contracts may allow employers to build a more flexible workforce on a budget, but they also come with serious risks. Left unmitigated, these risks can do a business real harm. Businesses that prepare adequately, however, should have nothing to fear.

A fixed-term employee dismissed before the expiration of their contract may be entitled to the compensation they would have received if they had worked to the contract’s end date. Employers can avoid this pitfall by including an “early termination clause.” This will provide guidelines for ending the relationship early “without cause” and state clearly the severance amount the employer will pay in lieu of the term’s full salary.

According to employment law fixed term contracts may make employers who violate the terms liable for larger sums than they would be without a contract. However, it’s important to remember the opposite can also be true: a thoughtfully-written contract will protect the employer’s interests as well as their employees.

As we’ve previously written, employers must be careful that their words match their actions. Implied contracts are those which are not written or verbalized, but which can be extrapolated from the employer’s behavior. For example, if an employee works beyond the end date without having a new contract in place, whether intentionally or inadvertently, the employment relationship may be considered indefinite. Employers may also wish to avoid implementing a series of successive, fixed term contracts for the same reason.

If an employer can manage these sticky situations, a fixed-term contract can offer a business many benefits: 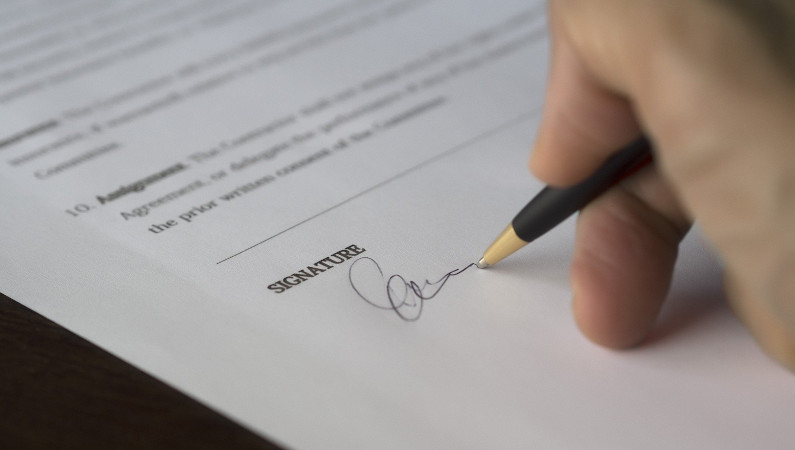 There are many things to keep in mind when creating a fixed term employment contract. Fixed term contract employment rights may vary by state, so it is important that businesses check that their contracts are in compliance with local labor laws.

All employment contracts, regardless of whether they are fixed term, should include the following:

In addition to this information, fixed term contracts also should also include:

Using fixed term employment contracts may be the best way for your company to keep the budget balanced while getting moving key projects forward. By proceeding with caution, your company can avoid infringing on fixed term employee rights. This means mitigating risks and liability while holding on to all the perks of fixed term contracts.

Categories Legal & Finance
The Fair Labor Standards Act (FLSA) of 1938 establishes a number of employee rights and employer obligations in the US. This includes the right to [...]
Cat Symonds
November 18, 2022

Categories Legal & Finance
The growing need for digital upskilling has resulted in record talent shortages around the world. In fact, according to a 2018 report by ManpowerGroup, 45% [...]
Cat Symonds
July 5, 2022