LGBT Workplace Discrimination in the USA

LGBT Workplace Discrimination in the USA 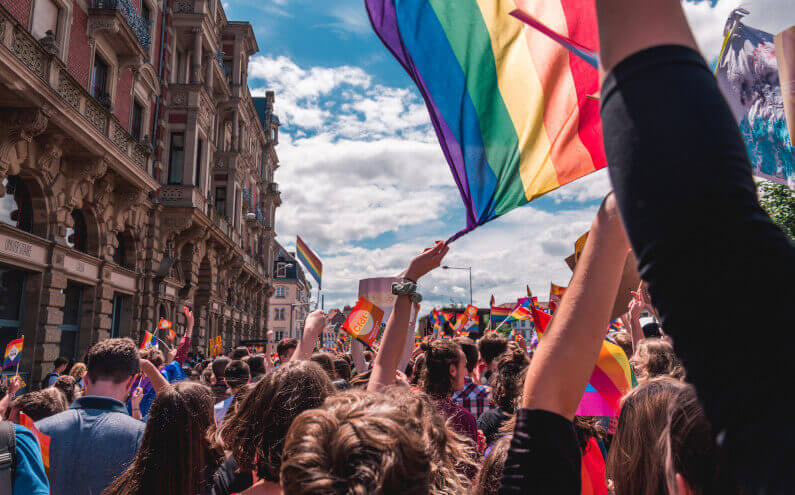 Given the growing acceptance of the LGBT community around the world, it’s only natural to assume that workplace discrimination is no longer an issue. Sadly, however, this is not the case. Although the world has made great strides towards equality, there’s still a long way to go. Before employees are judged solely on their merits and not their gender identity or sexual orientation, a change needs to take place. In fact, the LGBT community is statistically one of the most discriminated against demographics in the world today.

What is LGBT Employment Discrimination?

Many lesbian, gay, bi and trans people are subjected to systematic employment discrimination. LGBT people are battling for their civil rights in Congress, in courtrooms, and on the streets. This prejudice has been documented in field studies, controlled experiments, court cases, complaints to community-based organizations, and newspapers and other media.

Workplace discrimination on the basis of sexual identity occurs at many levels. Discrimination in the workplace is most noticeable when it comes to hiring and wages. Individuals who identify as LGBT are more likely to hide their private lives from colleagues and employers. This action is often out of fear of homophobia, sexual harassment, or exclusion. Many individuals also conceal their status as they aren’t overlooked for valuable promotions. It can also have a negative effect in terms of health, productivity, and job satisfaction.

Does Discrimination and Harassment Still Exist in the Workplace?

The obvious answer is yes. So why, in this modern-day and age, does the issue of employment discrimination still exist? Why do people still face prejudice and toxic work environments based on who they love, how they dress and who they are? At times, it may be due to ignorance, family beliefs, or deep-seated sociological trends.

LGBT Workplace Discrimination – How it Differs, State by State in the U.S

Globally speaking, same-sex sexual activity is still a crime in 70 countries including Uganda, where it is punishable by imprisonment. In countries such as Pakistan and Saudi Arabia, those who identify as LGBT can even face death. Although things have progressed in the United States more than many other countries around the world, many U.S. states still have a long way to go before all those who identify as LGBT can work free from discrimination, harassment and workplace bullying.

Currently, twenty-three states, and at least 400 cities and counties have enacted bans on discrimination. These bans are based on sexual orientation and gender identity. Furthermore, 10 U.S. states have an executive order, administrative order, or personnel regulation prohibiting discrimination in public employment based on either sexual orientation or gender identity, including Indiana, Ohio, Kentucky, Montana, North Carolina, Michigan, Wisconsin, Pennsylvania, Virginia and Kansas.

However, there are still no explicit state-wide laws protecting people from discrimination on the basis of sexual orientation or gender identity in employment in 28 U.S. states, including Alabama, Florida, Oklahoma, and Texas.

The U.S.A has a long way to go before all 50 states unite to overthrow workplace discrimination.

Laws and Regulations Governing Discrimination in the US

There are a number of Federal employment discrimination laws in the U.S. which would apply to the LGBT community:

The Equal Employment Opportunity Commission (EEOC) interprets, Title VII of the Civil Rights Act of 1964 to cover discrimination against LGBT employees, as “allegations of discrimination on the basis of race, color, religion, sex or national origin”.

Additionally, President Bill Clinton’s 1995 Executive Order 12968 made provisions for the protection of sexual orientation. He claimed that “The United States Government does not discriminate on the basis of race, color, religion, sex, national origin, disability, or sexual orientation in granting access to classified information”.

In 2014, President Obama signed Executive Order 13672, adding “gender identity” to the categories protected against discrimination, although this policy, which used Title VII to protect transgender employees from discrimination, has since been revoked by Trump’s Administration.

Although it is a big issue on a global scale, there are a number of things employers can do to prevent discrimination.  Promoting an environment based on equality and fairness for all should be of high priority.

Diversity management, a strategy focused on the recognition and benefits of diversity and equality in the workplace, is being increasingly implemented in U.S. companies. The aim of this strategy is to identify success-relevant aspects of diversity in companies and exploit the benefits of different competencies, characteristics, attitudes and cultural backgrounds for the good of the company and all its employees.

Additionally, employers can create policies to protect the LGBT community, in the case that they encounter prejudice at work. A procedure for how to file a complaint, and how will look into it, should be devised by HR.

Training and raising awareness is crucial to change the culture surrounding discrimination. Diversity is a critical success factor of any business. Innovative companies with a progressive stance will ultimately benefit by reflecting a positive moral-ethical responsibility.

Actions Employers Should Take Against Discrimination:

Workplace discrimination based on sexual orientation and gender identity is common in many workplaces across the USA, in both the public and private sectors. By embracing the LGBT community and understanding their identities, we can learn how to remove many of the limitations imposed by gender stereotypes.

While there is no doubt that the LGBT movement has made significant progress, there is still a lot of work to be done on a corporate level. By promoting social inclusion, organizations in the USA can increase loyalty and reduce staff turnover. In addition, employers can create an environment where all employees feel safe to work, regardless of their personal lives. The opportunities are endless for any business that wants to promote diversity, but change will not come overnight.

Ultimately, companies that implement successful diversity management will benefit from a happy, productive workforce. In addition, they will be perceived in the global marketplace as an appealing employer. With this status, they can better attract and retain loyal and progressive talent among other things.

Categories People Management
A direct report is an employee that works directly below another person in an organization, often referred to as a subordinate. Most managers have at [...]
Cat Symonds
May 31, 2022

Categories People Management
A training needs analysis is a key tool for HR professionals. It helps you establish what areas of L&D you need to focus on in [...]
Cat Symonds
March 7, 2022