How to Combat Unconscious Bias in the Workplace?

How to Combat Unconscious Bias in the Workplace? 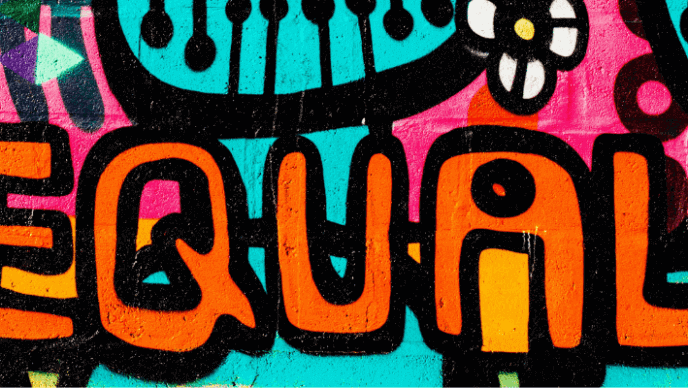 A human mind is an extraordinary tool, but it’s not perfect. While we may try to base our decision-making processes on logic and reason, that’s never fully possible.

We’re all guided by unconscious bias (or implicit bias). This means that, among other things, we assumptions about people based on unconscious thought-processes without realizing it. This can be damaging in all areas of life, but unconscious bias in the workplace can be especially problematic.

Companies can prioritize diversity, equity, and inclusion, but if they don’t recognize and reduce implicit bias, there will always be issues.

What is Unconscious Bias in the Workplace?

An unconscious bias is a belief or stereotype that we hold about groups of people that exist below our conscious thought.

We naturally pick up these stereotypes via our childhoods, societies, media representations, and life experience. And because they’re so deeply ingrained in our worldview, they can be difficult to recognize. This makes them arguably more damaging than conscious bias, which is easier to identify and eradicate.

But why do we have these biases in the first place? Unconscious bias is a type of mental shortcut our brains use to make decisions and make sense of the world.

Humans rely on mental shortcuts, or heuristics, all the time, and they’re often positive, or at least harmless.

For example, if there’s a long line outside the corner bagel shop, the mental shortcut tells us that they probably make delicious bagels. That’s a good heuristic that has no negative impact (except for other bagel shops).

Unconscious bias in the workplace, however, can be a harmful mental shortcut.

While the decisions of our unconscious minds can seem intuitive and thus correct, there are real-world, detrimental consequences to letting our unthinking impulses take over. They favor certain employees (particularly those from dominant groups) over others, which leads to greater inequality in the workplace.

Implicit bias is one explanation why, despite the best efforts of companies, the workplace remains an unfair environment.

Implicit bias takes many forms. Part of addressing the issue is recognizing what they look like. Let’s take a look at some of the most common workplace examples.

Racial bias is one of the more insidious forms of discrimination in the workplace. Research from 2019 found Black Americans only made up 3.2% of senior leadership roles at large companies.

During the Coronavirus pandemic, institutionalized racial discrimination came to the forefront of society with the deaths of George Floyd, Breonna Taylor, and many —far, far too many— more.

As Americans tackle discrimination on a national level, it is important that workplaces also make sure to eradicate unconscious bias holding Black Americans back in the workforce.

Studies show that Black Americans are less likely to be hired than their White counterparts.

In fact, White applicants with a criminal record may receive more interest than Black applicants with no record. Racial bias will plague Black Americans for the rest of their careers, affecting their salaries, promotion opportunities, and retention.

Of course, it is not only Black Americans who suffer from unconscious bias in the workplace. Asian Americans, Indigenous Americans, and all kinds of Black and Brown Americans are susceptible.

Gender bias is the preference of one gender over another.

In the workplace, this nearly always refers to favoring men, predominantly white, heterosexual men, over women.

Progressive policies have made things slightly less unequal, but there’s still a long way to go. One study found that women were 30% less likely than men to progress in a job application, despite having identical resumes.

At work, women are less likely to advance to leadership positions than their male colleagues. And they’re paid less, too. This disparity in working experience has nothing to do with ability but the unconscious preference of one gender over another.

Bias may also come into play when employers interact with members of the LGBTQ+ community or gender non-conforming individuals.

LGBTQ+ employees report feeling like they face higher barriers to advancement than their straight counterparts. With an unemployment rate three times higher than the U.S. average, transgender individuals are likely to face discrimination in the recruitment process.

Affinity bias is when we show an inclination towards people that are similar to us in some way. This could be a shared background, characteristics, hobbies, or anything else.

When selecting someone for a project, we may choose a person based on this bias rather than their experience or ability.

Name bias is when a person favors a particular type of name over another. This generally occurs during the hiring process.

For instance, a University of Toronto study found that people with “foreign-sounding” names were 28% less likely to receive an interview than a person with an “Anglo-sounding” name.” Those with “Anglo names” receive preferential treatment over others.

Appearance bias refers to the preferential treatment of attractive and tall people over others.

The result in the workplace?

Tall employees earn around 10 – 15% more than shorter employees. Less attractive people are less likely to be hired and more likely to be fired. Fatphobia is an appearance-based bias known to penalize overweight workers.

Conversely, being deemed too attractive is also a handicap. Rather than evaluating a person’s ability, we can assume they have succeeded in life because of their looks.

Age bias is when we make assumptions about a person based on their age.

For example, we may view an older employee as more resistant to technology or holding more “traditional” views. We may not take the opinions of young employees as seriously as more senior employees.

How Does Unconscious Bias Affect the Workplace?

There are ethical reasons to address unconscious bias.

In a quest to make the world fairer and more equal, we must eliminate the structures that systematically elevate certain people over others. But implicit bias has consequences for companies, too.

It Damages the Hiring Process

Left untreated, unconscious bias can significantly impact the hiring process and harm a company’s diversity objectives. It can also lead to a weaker workforce since recruiters assess candidates on criteria that have little to do with their ability to perform the job.

An employee that experiences negative unconscious bias will be more likely to disengage from their work. They can feel alienated, be less likely to put their ideas forward, and have less prosperous relationships with colleagues.

A Coqual study found that 31% of employees that experienced negative bias plan to find another job within a year.

The whole organization suffers when promotions are given based on bias rather than merit. By elevating certain employees over others, companies risk having less-able employees in senior positions.

So How to Tackle Unconscious Bias in the Workplace?

It’s impossible to eliminate unconscious bias entirely. But it is possible to reduce its influence.

Tools such as Project Implicit can help you to identify your biases. But you also need to find a way to make the workplace more equitable.

Look at Your Hiring Process

Implicit bias is especially influential during the hiring process.

As such, it’s important to find an approach that judges an applicant on their merits. Information such as their name or hometown should not be a factor. With recruitment software, you can create custom application forms that don’t ask for this non-relevant information.

Learning about unconscious bias is the first step to overcoming it. We can’t move past something if we don’t know it exists. So start the conversation.

Ask employees about their experiences of negative bias within your company. Once you know the barriers holding your workforce back, you can plan training workshops to deal with those issues.

Performance reviews should fairly evaluate the performance of an employee. They analyze the past and direct the employee’s future and significantly impact their professional development.

Unconscious bias can cloud these reviews, especially if just one person is in charge of the evaluations. Software that allows 180- and 360-degree performance appraisals will ensure multiple people have an input, reducing bias in the review.

Unconscious bias is never far away. A one-time training session, while helpful, should only be the start.

Moving forward, companies should incorporate initiatives and targets that genuinely work to make the workplace more diverse and inclusive.

All companies have a responsibility to move the world forward.

While it’s impossible to eliminate these deep-seated impulses for good, we can reduce unconscious bias in the workplace through awareness and initiatives.

In doing so, we can help shape a recruitment process and working environment that’s fairer and more equal. And who knows what that could lead to for the employee, employer, and society at large?

Categories Tips
Payroll management can be complicated. Firstly, you need to make sure you pay your employees the correct amount for the work that they do, in [...]
Cat Symonds
January 19, 2023

Categories Tips
The holiday season is coming to an end and a brand-new year is just around the corner. This is the perfect time for HR teams [...]
Cat Symonds
December 29, 2022