Which States in the USA Offer the Most Paid Time Off?

Which States in the USA Offer the Most Paid Time Off? 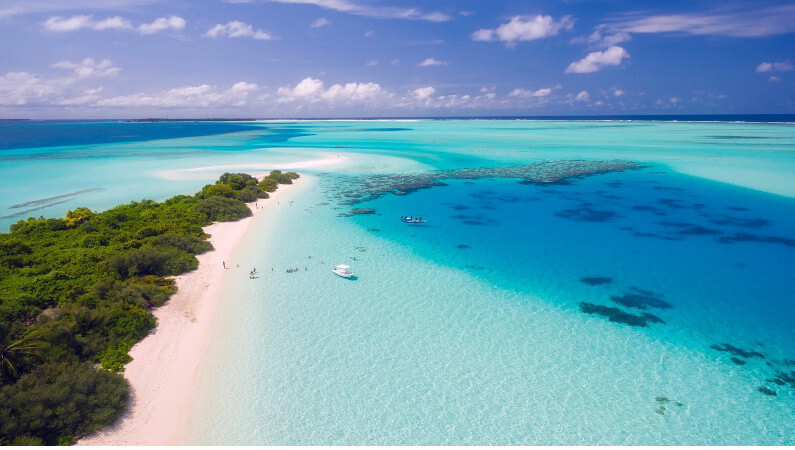 PTO or paid time off is an institution at least as old as Ancient Egypt, where tradesmen working on the royal tombs were paid for days they were too sick to make it to work. Egyptians may have known that paid vacation helps to create a productive and thriving workforce, but Americans are still wrapping their heads around it.

While European workers are typically guaranteed between 20 and 30 paid days off a year the USA has no national requirement for paid holidays, vacation days or paid sick days. Instead, businesses rely on creating their own PTO policies. The Bureau of Labor Statistics reports that 76% of American workers have access to PTO, many between 5 and 10 days a year.

So, what actually is paid time off? How much are you entitled to and when can you use it? This post will give you the tools you need to navigate paid leave in the United States.

Paid Time Off (PTO) meaning: What is PTO?

Many people wonder, what is paid time off? PTO can refer to different types of paid leave, such as sick leave, vacation leave, personal leave or holidays. What is the difference between PTO and vacation? You can take a vacation without pay, but PTO for hourly employees means workers make their hourly rate even while out of the office.

Who determines your PTO?

While Americans workers are entitled to up to 12 weeks of unpaid vacation via the federal Family and Medical Leave Act, there is no federal law regulating paid vacation minimums. This means that it’s up to state laws to regulate and more often, up to businesses. As unemployment has gone down, offering generous PTO plans is increasingly seen as one way for employers to attract and maintain talent.

How does PTO work?

Some employers might provide paid time off for hourly employees. They do this by setting a specific amount of PTO each employee is entitled to at the start of the year. In other businesses, employees might earn time off by accumulating hours. In this case, earning, for example, one hour of PTO for every 40 hours they work. This means that if an employee works 40 hours a week, they will accrue one hour of PTO a week. If they work for 50 weeks of the year, they will have accumulated 50 hours of PTO. Essentially, what this means is that they will have about 6.25 paid days off. Time to take off week 52!

It is worth noting that some states and businesses have rules restricting accrual and usage of earned PTO. For example, paid time off in California is regulated so that businesses can limit the number of hours accrued at 48. After earning 48 hours, workers will have to use up some of the hours they’ve saved before they start accruing again.

California also allows businesses to limit PTO usage to 40 hours a year. What this means is that if a worker does accrue 48 hours, they won’t be able to use them all. This brings us to the next point…

If for any reason, you don’t get around to using your PTO, you should know that only some states have paid time off laws that require businesses to pay employees for unused vacation time or rollover unused vacation into the next year. In California, for example, businesses must rollover unused PTO. Therefore, as an example, if you accrue 48 hours in one year and use 40, you will start the next year with 8 hours. Businesses in other states may maintain a use-it-or-lose-it policy, which means that any unused PTO will simply disappear.

What is the average number of PTO days?

What is prorated PTO?

If you join a company midway through the year, they might grant a prorated amount of PTO based on the percentage of the left. When the next year starts, you’ll be granted the normal amount of PTO.

Unlimited PTO meaning workers to take off as much time as they like has been adopted by more and more businesses. The job site Indeed reported that American job postings offering “open” or “unlimited” PTO grew 178% between 2015 and 2019.

While unlimited vacation pay may sound like a fairytale benefit, it can help lure in high-quality talent and keep workers happy and feeling rejuvenated. Not all are in favor, however. Some even say that workers are more reluctant to take off time when given unlimited PTO. They don’t see their coworkers or managers taking more than a few days and don’t want their careers to take a hit.

Unlimited PTO remains a controversial topic —does it allow you to achieve the ultimate work-life balance or leave you scrambling to stay organized?— but it looks like it will continue to gain traction as millennials and young workers prioritize generous PTO policies.

How many PTO Days are guaranteed by state law?

Only twelve states plus Washington DC currently have legislated paid sick leave. Maine and Nevada, which both passed laws in 2019, have the only policies which explicitly say that state-mandated PTO is used for things other than illness.

As you can see, these states have legislated PTO minimums averaging about 5 days. On the other hand, Americans in the other 38 states might be left without any guaranteed time off. It is important to check with the specific rules and regulations of your state and city.

Which states offer the most PTO?

Because legislators have left more robust PTO plans up to the discretion of employers, regions with higher concentrations of competitive jobs are more likely to follow norms that guarantee more PTO. One survey found that the American Northeast (including Maine, New York, Delaware, Massachusetts, Rhode Island, New Hampshire, Vermont, Connecticut, New Jersey, Pennsylvania) offers the greatest number of PTO days to employees, 18% above the national average. The same survey found that the Midwest and Southeast had the lowest number of PTO days.

Paid time off is a necessity, not a perk!

But well-rested, mentally-rejuvenated and healthy employees make for a productive workforce. It can be tough to manage PTO, but developing a clear paid time off policy which ensures that workers can take care of their physical and mental health is good for both employers and employees. PTO pays for itself by keeping stress levels low and tomb construction on schedule.

Easily manage your employee PTO thanks to Factorial’s paid time off software. Our time off tracking software comes as part of our all-in-one HR solution. Try it today with a 14-day free trial.

Categories Legal & Finance
When you run a business, it’s important to have a clear and documented record of all your financial data. This includes your revenue, expenses, assets, [...]
Cat Symonds
February 2, 2023

Categories Legal & Finance
After months of dealing with rising costs and inflation, workers across the United States are doing what they can to make ends meet. Many employers [...]
Katharyn Valier
February 2, 2023