Federal holidays are public holidays created by a country’s federal government and established by law (Federal Law – 5 U.S.C. 6103). The whole country recognizes this day as a holiday. Employees are paid for these holidays and all non-essential federal offices remain closed. This guide and downloadable 2022 holiday calendar will detail each holiday and the history behind them.

Legally, during federal holidays, employers are not obliged to give their employees time off from work. That is unless the employers work for the government or a financial institution. Furthermore, if employers grant their employees the day of, they are not legally obliged to pay them. However, most offer it as a perk of working for the company, so to attract top talent and keep employees happy. This has many benefits for companies in the long run.

When a federal holiday falls on a Saturday, the holiday is celebrated on Friday, and when it falls on a Sunday, it is taken on a Monday.

New Years Day marks the first day of the year according to the modern Gregorian and Julian calendars. This is a national holiday, with 90% of Americans getting the paid day off. Additionally, sometimes New Year’s Eve is also offered as a day off as well.

This is an American federal holiday in some states. It celebrates the birthday of Martin Luther King Jr- the American Baptist minister and civil rights activist who did so much for the civil rights movement from 1954 to 1968 when he was assassinated. The day is celebrated on the third Monday of January each year, which is around the date of King’s birthday.

It was signed as a holiday by Ronald Reagan in 1983. It was not initially accepted by all states, as some states gave it a different name or combined it with other holidays. However, in 2000 it was officially regarded as a holiday by all 50 states. According to a study, in 2019 45% of employees across the USA had the day off. These figures have been on the rise, as 72% of employees had to go to work during this holiday in 2009.

George Washington, the first president of the United States, birthday is a federal holiday celebrated in some states celebrated on the third Monday every February. This celebration is also combined with Presidents day, so not to just celebrate one particular president, but rather the office of the presidency.

All states but 13 grant their employees a paid day off from work. The 13 that don’t are: Georgia, Kentucky, Florida, New Mexico, Delaware, Indiana, Louisiana, Iowa, Ohio, North Carolina, Wisconsin, and Rhode Island.

This is a holiday celebrated throughout the USA. It is a federal holiday which commemorates those who have died defending the USA. Many people spend it visiting memorials and cemeteries and honoring those who have passed.

According to a study from Bloomberg BNA, 97% of employers have the holiday as a designated paid day off. However, 40% of companies within the US still require their employees to work on this day.

On June 17, 2021, President Joe Biden officially declared Juneteenth as the 11th official federal holiday in the United States.  The holiday, which stretches back to the 1800s,  commemorates the end of slavery in the United States.  The name and specific date refer to June 19, 1865, when slaves in Gavelston, Texas were declared free (2 and a half years after the emancipation proclamation).  The name “Juneteenth” is the combination of June and 19 and is also known as “Emancipation Day” or “Freedom Day”.

Before federal recognition in 2021, the holiday was recognized by several states.  The first of which, Texas, officially acknowledged Juneteenth as an official state holiday in 1980. Now, Juneteenth is celebrated across the nation, and with it, the celebration of African American culture and history.

This is a holiday celebrated nationally. It marks America’s independence from British colonists. It is regarded as the birth of America as an individual country and is normally celebrated with fireworks, parades, and barbeques.

On this day, all non-essential federal offices are closed, and 93% of Americans are granted the day off from work whilst still getting paid.

This is a holiday celebrated throughout the whole of the United States, with 95% of Americans getting the paid day off. The day falls on the first Monday of September. It honors the American labor movement and the effort workers have made in contributing to the strength and power of the country.

This is a national holiday that celebrates the anniversary of Columbus’ arrival in the Americas (October 12, 1492). Traditionally, this holiday marks the discovery of the Americas, however more recently it is regarded as a day to remember the Indigenous people of the United States and celebrate their rich heritage and culture. However, only 14% of Americans get Columbus Day as a paid day off from work.

Veterans Day is an official holiday in the United States which honors veterans that worked for the United States military. It is celebrated through parades and church services, with a 2-minute silence held at 11 am. It is a federal and state holiday in every state apart from Wisconsin. Therefore those living in Wisconsin do not automatically get the day off by law.

This is an annual holiday in America recognized by the whole country. The holiday’s roots go back to a harvest festival celebrated by the Pilgrims in 1621. It is now honored as a day spent with family and friends and involves the preparation of a huge amount of food including, of course, a turkey.

This is the holiday in which the highest number of Americans get the paid day off, ranking at 97% of Americans.

Nationally, every US citizen gets this holiday off. Christmas is a religious and cultural annual holiday celebrating the birth of Jesus Christ. It is a day spent with family, eating together, exchanging gifts, and partaking in religious ceremonies. In some states, Christmas Eve is offered as a day off as well. According to a study by The Balance Careers, Christmas Day is the holiday in which the second-highest amount of Americans get the paid day off, ranking at 95% of Americans. 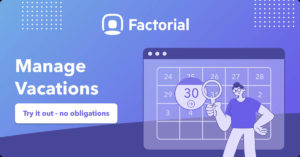 Difference Between Federal and Religious Holidays

All Americans generally get the following holidays off from work: New Years Day, Memorial Day, Juneteenth, Independence Day, Labor Day, Thanksgiving Day, and Christmas Day. Whilst, generally speaking, the other holidays are floating holidays, this means the employee can choose whether to take the day off or not.

Private companies have no obligation to close for federal holidays or to pay their employees overtime or holiday pay when they work on a holiday. Furthermore, employers are not legally required to compensate their employees with paid time off if they decide to close. However, some companies may have policies in place to guarantee workers paid time off.

The International Foundation of Employee Benefits surveyed Paid Leave in the Workplace in 2017. This survey found that 45% of employers grant their employees Christmas Eve off from work, and 23% New Year’s Eve. Additionally, 13% of employers provided their workers with a week of paid holiday between Christmas and New Year’s Eve. Furthermore, 48% offered their employees a floating holiday day normally one to two times a year.

✔️Sign up to Factorial to receive your free 14-day trial

Subscribe to our weekly newsletter to get the lastest trends, tips and resources for HR professionals

Keep an eye out for our newsletter. Every Wednesday on your inbox

Something went wrong. Try again in a few seconds

Categories Tips
Although it’s not usually common, most employers at some point or another will encounter a situation where an employee abandons their job without any prior [...]
Cat Symonds
February 11, 2022

Categories Tips
George Floyd’s public murder in 2020 sent shockwaves around the world. As a direct result of this event and the subsequent Black Lives Matter protests, [...]
Cat Symonds
February 10, 2022